Smartphones with keyboards were few and far between but these days with new devices such as the Gemini PDA, and the F()XTec Pro 1, keyboard phones are back in fashion, and following that trend is the Unihertz Titan.

In fact the Unihertz Titan pays more than a homage to the Blackberry Passport on which it is heavily based. In some ways it is the device many Blackberry users were hoping for as a follow up to the original Passport ie. a fully fledged 4.5″ Android device with full QWERTY Keyboard.

First a little about Unihertz. They are another Chinese company making innovative niche devices that appeal to a certain market. You may recognise them from their prior kickstarter successes, the Atom, or the Jelly Pro. Both of these phones were marketed as ultra small Android phones and Unihertz deserve credit for going after a market that major Android phone manufacturers do not offer.

The Titan has now started to ship, and this review is based on a recently received version. First lets take a look at the specs:

The first thing you notice about the Titan is that it’s weight matches its name, man it is heavy compares to other smartphones. It feels substantial, but then it was designed to be rugged and to survive a drop. Unihertz also state that the Titan is splash, water, and dust resistant and that it was tested under controlled laboratory conditions with a rating of IP67 under IEC standard 60529. 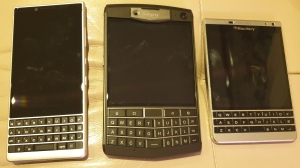 Let’s get straight down to those Passport loving types who were looking at this as the Passport replacement that they were hoping Blackberry would release. How does it fare ? We’ll actually pretty good. The keyboard is not half bad and you can scroll around the screen using it just like on the Key2. The keys are backlit and easily navigable and the soft Kika OEM keyboard functions pretty much just like the Passport  but I did miss the long press on letters that enables letter capitalisation. Once you install the Blackberry Apps (Inbox, Calendar, Launcher etc) from Google Play Blackberry users it feels pretty much like home from home.

The camera is OK, nothing spectacular either front or back, and you will probably want to download Open Camera from the Play store and use that for taking photos.

The fingerprint sensor that is at the top of the keyboard in the middle of the device is flawless and really easy to use.

Some things you will definitely want to know if you are thinking of getting the Titan or have the Titan already:

So what’s the down side ?

If you want to learn more about the mighty Titan you can download the English PDF Manual for the Titan from here.
EDIT – Update on the Adups Adware concern

There was a statement on the Facebook Unihertz Technical support group – this is reproduced below:

Note that this appears to be a statement from Adups rather than an external party.

If you still wish to turn off the Adups App service you could do this by using ADB:

but remember you will likely need to turn it back on again for wireless updates:

Geekbench results are not particularly impressive but the phone really doesn’t feel slow or sluggish. 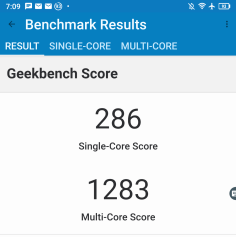 The Titan obviously caters to a specific market, namely lovers of keyboard phones, and it likely has a great catchment demographic in those that would normally look to BlackBerry to provide a device like this. Outside of this though it is really a very nice device, well made, and very usable. It stands up well against other keyboard devices such as the Key2, Cosmo Communicator, FX Tech Pro, Gemini PDA etc.

This site uses Akismet to reduce spam. Learn how your comment data is processed.